Finding the North Star, also known as Polaris, is one of the ways you can get your bearings if you need directions and are without a compass.  God gave us a blessing in supplying with some visual aid that:

What are the odds of that?

This time-lapse image helps demonstrate this phenomenon.  The streaks in the sky are stars over the course of a few hours.  As the Earth rotates, the stars appear to "move."  For that reason, these stars could not be used to tell directions, because they would lead us in different directions depending on the time we looked at them.

Clearly there is one star at the center, however, that doesn't appear to move, so always will point us in the same direction.  This star is Polaris AND amazingly it also aligns with our North. 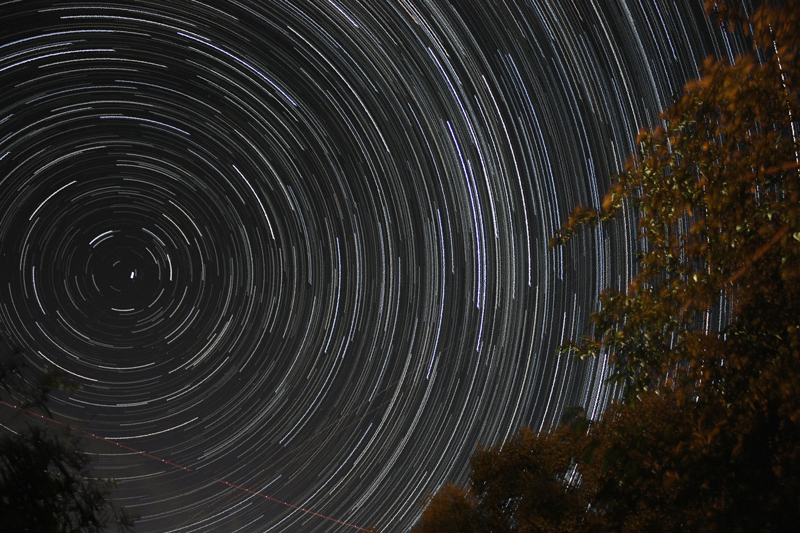 Polaris is almost directly above the North Pole.   As a result, locating the North Star can only be performed in the Northern Hemisphere - you won't see it otherwise.   If you are in the Northern half of the planet, though, locating it is best done by first finding the constellation known as the Big Dipper.

Polaris is not the brightest star in the sky, but it is fortunately not surrounded by a number of other bright stars that might make locating it more difficult.   It appears to be about as bright as the two pointer stars in the Big Dipper.

Once you locate the big dipper, find the edge of the cluster of four stars we'll call the "scoop" opposite the "handle."  Let's call this edge the "pointers" for pointer stars.   Follow the pointer stars approximately five times the distance between the two pointer stars you will find the North Star.

Interestingly, Polaris forms the final star in the "handle" of the Little Dipper. 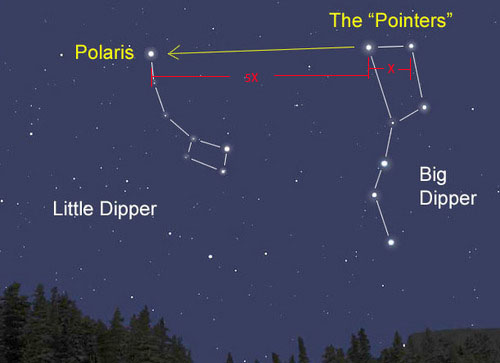 Previous Directions by Day (Various Methods)
Next Hiking and Wildlife